Norway stamps - A Kingdom of Scandinavia united with Sweden from 1814 until 1905. Norway's first postal service had begun in 1647. However, this was little more than a means for the different parts of the country to report to central government. Then, after 1814 the postal service was reorganized independently of Denmark or Sweden, postal markings were introduced in 1845 when a cancellation was used at Christiana. These markings were extended to other towns during the next few years.

The first Norway stamps were the 4sk blue imperforate, issued on 1st January 1855. At the same time a series of numeral cancellations were also introduced indicating the office of use. Numbers up to 383 are known and therfore eagerly sought by collectors. Norway maintained its neutrality during the period between the wars. Its postal service continued to develop on modern lines, a maritime coastal service was built up as well as an internal airmail service.

Despite a policy of neutrality, Norway was invaded by Germany early in April 1940; stamps were issued during the occupation, first appearing on 4th October 1940. These were demonetized in May 1945 when the country was liberated. The Norwegian government-in-exile in London issued stamps for use by the Norwegian navy and merchant service, this same set was released after liberation in June 1945. We highly recommend the stamp listings in Stanley Gibbons “Scandinavia” catalogue, also the excellent Norwegian listings FACIT “Frimarkskatalog Special” which includes information on early postmarks as well as interesting philatelic areas. 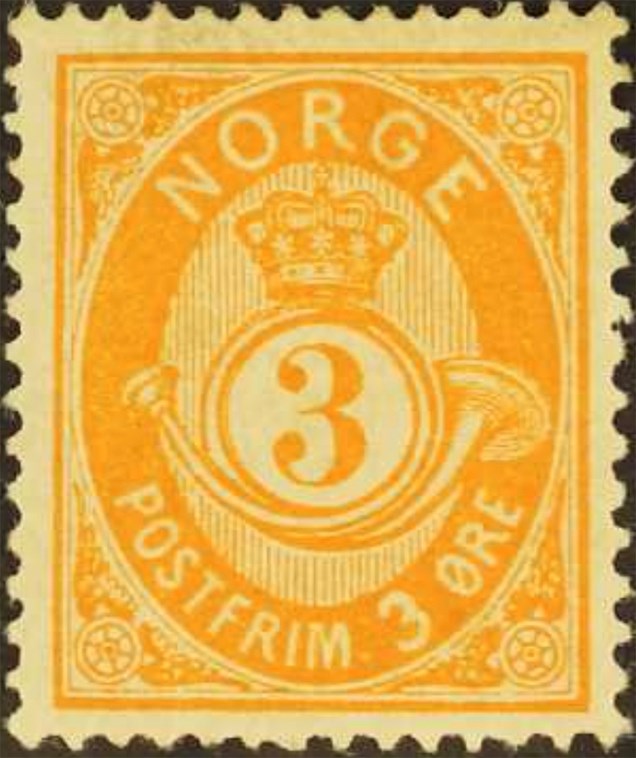