Greece stamps - One of the most important areas of classic philately, with many of the greatest names in collecting having formed important collections. Included are the Greece stamps, first printed in Paris and issued on 1st October 1861. However, the plates were subsequently transferred to Athens, where printings were produced from November 1861. These imperforate classical stamps are known by philatelists as the “Large Hermes Heads”. In 1886 a smaller, less impressive design was issued called the “Small Hermes Heads” series. Initially printed in Belgium production moved to Athens and perforations in various gauges are known as well as imperforates. The first pictorial issue was for the 1896 First International Olympics, it's classical Greek designs highly regarding amongst philatelists.

The rarest is from the Large Hermes Heads series, the 1870-71 40L ‘Solferino’ is an unusual lilac-rose colour. This apparently matches a shade created by the mixture of blood and tunic seen in the aftermath of the Battle of Solferino. A turbulent history with many local uprisings saw the Turkish sultan propose a rectification of the frontiers in July 1878 and also in the many conflicts that followed, for example the Balkan Wars, WWI and conflicts with Turkey we see many wonderful and unusual stamps issued! WWII saw invasion by Italy and Germany, however Greek stamps continued to be used throughout the territory until independence was regained in October 1944. 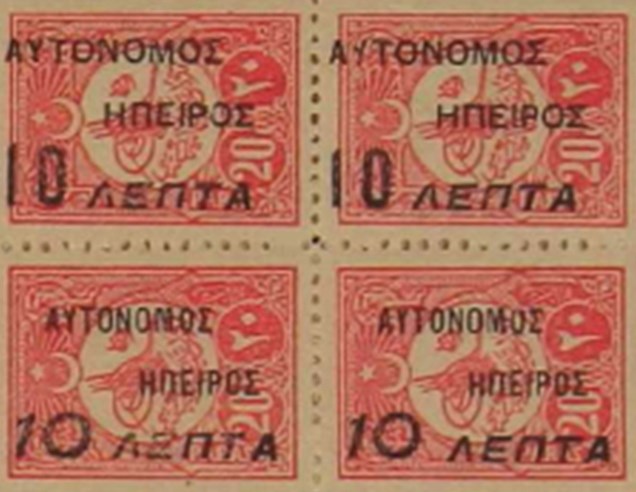