Barbados Stamps – Barbados opened its postal service in late 1851 and didn't use British Stamps. Instead an order was placed for the ‘Britannia’ design adopted by Mauritius and Trinidad. They were also the first British Colony to have a halfpenny rate, even preceding the Great Britain 1870 issue. The first despatch of ½d green and 1d blue stamps was sent in December 1851, however the vessel was lost at sea and failed to reach the island. Further supplies were sent in January and February 1852, including a 2d greyish slate, they did not show the denomination. The 2d greyish slate stamp is known bisected and used as a one-penny stamp, these being authorised for use during a shortage of 1d between 4th August 1854 and 21st September 1854. 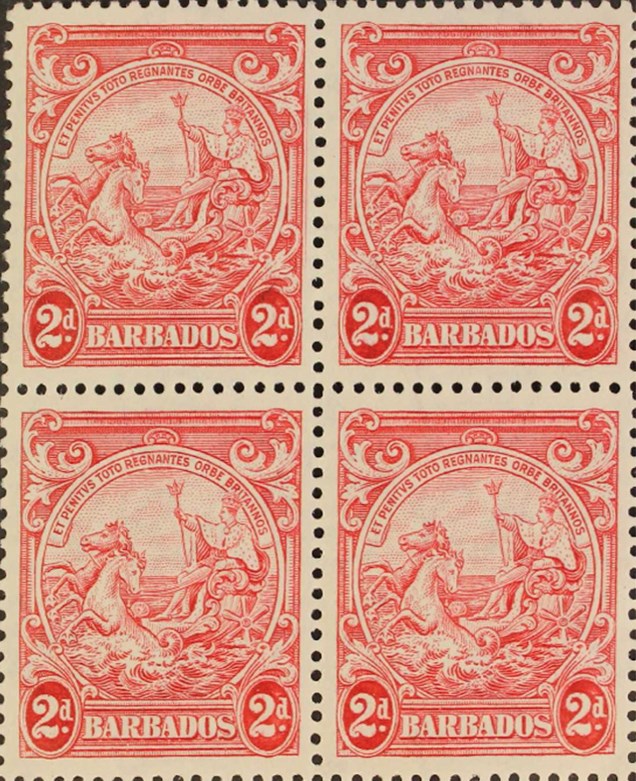